The Teachers as Readers Committee shall encourage and promote reading for pleasure among teachers; make them aware of good literature, best sellers, and classics as well as professional texts; keep members informed of book clubs, bookstores, and literacy activities taking place in local venues.  The committee will offer stipends to encourage local councils to form Teachers as Readers groups.

Mid-Shore County – Tina Farabough
October – The Blessing Way by Tony Hillerman
The group had a visit from a local Native American Tribe at out meeting.
November/December – The Readers of Broken Wheel Recommended by Katerina Bivald
The group met in a small local bookstore because the book was about a lady who starts a bookstore in a small town.  The owner of the bookstore talked with the group about his bookstore and why he started it.
December/January – The Devil in the White City by Erik Larson (mystery)
January/February - The Lord’s Oysters by Filbert Byron (memoir)
The group is making plans to either have a dinner of oysters or go to St Michael’s lighthouse where they have a display about Oyster harvesting.
March/ April - Adventure/Espionage
April/May – Science Fiction
*Caroline County employees also have a TAR blog in order to reach out to members who are unable to attend the book events. 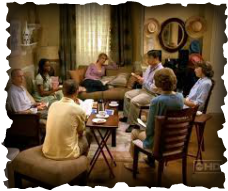 Teachers as Readers Launch a New Season of Reading 2016-2017